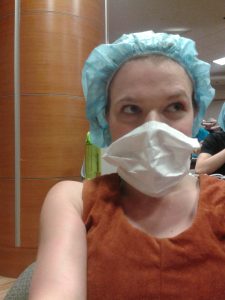 Judina is currently studying medicine at the University of Alberta. She has a BA from McGill and a MA from the University of Alberta, both in art history. During the summer after completing her MA she travelled to Europe where she was overwhelmed by her preoccupation with contemporary art that explored the human body and issues of embodiment. In 2011 she returned to Edmonton, to study for the MCAT (Medical College Admission Test), complete the prerequisites for medical school, and apply to medical school. After interviewing at four medical schools (in a process called the multi-mini interview, which consists of 10 eight-minute-long ethical scenarios that the interviewee has two minutes to prepare for between stations), Judina began medical school at the University of Alberta in August 2013. The transition from the arts into the monolithic culture of medicine was shocking in a number of ways, particularly in terms of gender, as discussed in what follows by Judina. You can follow Judina on Twitter and Instragram @JudinaJ. 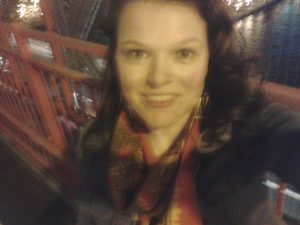 Other instances of gender discrimination include:
1. learning physical exam skills on male patients (called standardized patients) because working on female patients would require students to be exposed to breasts. Yet it would be useful to learn how to drape a female patient properly and to understand how it might be different to listen to heart and breath sounds through breast tissue.
2. being told not to dress provocatively as female students because it can distract our male preceptors.
3. not being taught anything about abortion even though undoubtedly someone in my class will at some point have to discuss an unwanted or unsafe pregnancy with a patient in the future.
4. being told that mentioning gendered communication as an issue is in fact a non-issue.

When I discuss these concerns with students and faculty I am often told to “choose my battles,” which I have come to realize actually means “be quiet, blend it, and quit drawing attention to yourself. It will only make your life harder.”  In spite of this, I continue to have discussions about the importance of language in medical school.

In the first year of medical school there is a lot of emphasis placed on communication. Previously patient contact for U of A medical students occurred in the later years of study. As part of the changes made to undergraduate medical education (UME) curriculum at the University of Alberta (U of A), first-year students now make contact with patients in the community and at the University of Alberta Hospital. When meeting a patient we are taught to follow a script along the lines of:

Hello. My name is ________. I am a first-year medical student at the University of Alberta. Thank you for facilitating my learning by allowing me to observe your appointment today. I really appreciate your willingness to help me with my education. Before we get started, please tell me how you would like to be addressed – would you prefer to be called Ms, Mrs. or shall I address you by your first name?

The emphasis on asking a patient how he/she would like to be addressed belies the importance of names and diction. As medical students (i.e. future physicians) we are training to become part of a well-respected profession, one in which not just what we say but how we say it matters. Being able to find the perfect word is the difference between conveying a message poignantly and memorably or risking confusion and dismissal. Command of language, medical and otherwise, will be a part of our professional futures.  As we prepare for this language-based future, it behooves us to practice using language accurately and precisely. With this in mind, I repeatedly asked the faculty and my fellow students to please “STOP CALLING ME A GUY!” 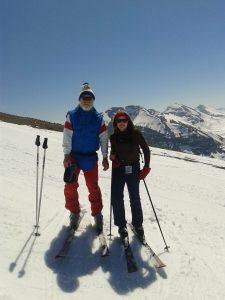 I am a mature, intelligent, creative, and sensitive adult woman. I have been raised in North America, where staid gender roles have informed and shaped my existence and development. I have studied feminism, as a skeptic at first because I failed to understand the fundamental point that feminists were making: being born a woman or a man alters your experience in the world. I first began to appreciate the feminist perspective when I was studying art history. Suffice it to say, I am not a guy, dude, or bro; I am not a girl, gal, doll, or dear either. I am serious as a heart attack about learning how to be the best physician that I can be. Being addressed by a gender-excluding term such as guy irritates me and distracts from my learning. Couching this misappellation as a casual and cultural norm obfuscates ingrained gender biases that persist in the traditionally paternalistic discipline of medicine.

Paternalism in medicine is as old as medicine itself but the enrollment of medical students is now roughly evenly split between males and females. However, before we congratulate our recent efforts in medicine to be inclusive, it is pertinent to note that paternalism (in medicine) is alive and well and that we are now in a position where ostensible equality is masquerading as equity when it is anything but.

Many of my colleagues (females included) told me that my concern with being called a guy is petty and doesn’t matter. I replied by saying that if that is the case, then could you please pretty please with a cherry on top not call my female colleagues and I “guys” ever again because it does matter to me. In fact it matters a lot and if you don’t think so, think about addressing an entire medical school as “gals and girls” every morning. In my mind this would actually be more equal than “guys” since it would exclude everyone, not just the women in the class. (Really, who in the 21st century identifies as a gal and I do not know of any girls (females < 17 y.o. in medical school). The men in the class would find such a daily greeting egregious and I assure you that it would not be silently tolerated, nor would it persist.

During my first week of medical school when I was talking to my brother-in-law about my meeting with the assistant dean of the UME regarding continuously being referred to as a “guy” my 15-year-old nephew said, “What’s the big deal? Would you rather they call you bitches.” I answered, “You know, I would. Then everyone would feel the same.

1 thought on “Guys in Medicine: Guest Post by Judina”