I was thinking about pain this week, mostly because I was in pain. It was worse than the humdrum, everyday kind. I have mentioned my ailments before—boney fusion in my feet and an upper-back injury. Compared to the chronic conditions and health challenges that many face, they are no big deal. But lately my feet have been killing me, plus I have been suffering (and I do not use this word lightly) from engorged breasts after officially weaning my son. I was surprised by the intensely searing pain that occurred—I could not sleep and it literally made me puke—because I had gradually decreased his feedings over the past few weeks. I was not the only one in a bad way at my house. Although Sebastian was no stranger to formula, the lack of breast milk made him constipated. What’s more he was also teething. He regularly screamed while straining to push hard substances from the inside to the outside of his body. It was horrible to behold. 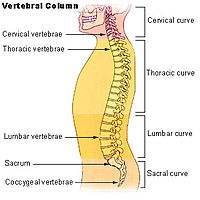 Lower back pain is so very common.

These visceral experiences made me wonder what other bodies feel like. Do most people have some kind of ache or pain all of the time? I suspect so. Though pain can be visible in stooped backs, slow gaits, and wincing faces, it is often difficult to see. It is also difficult to convey in words. I asked my friend at the gym to describe her chronic lower back pain. After months of tests, the doctors have come up empty, finally sending her to have an MRI. Her pain is practically unbearable and she daily breaks down in tears of frustration. “The pain,” she said, “is like a twisting, a compression. I want to open up my back and scoop something out of it.” Yet even this rather graphic account cannot really convey her painful sensations. 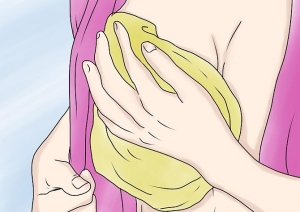 “How does this constant pain affect your life?” I queried. “It makes me quick to anger,” she replied. “I actually think I might lash out or even hurt somebody.” I then realized that my haywire hormones and agonizingly sore breasts had had a similar impact on me. I had, after all, recently shouted at two elderly people. One old guy got onto the elevator with me and Seb, pressing all the buttons, including the alarm button. I had visions of being trapped with him and a hungry baby, waiting for the technicians to arrive. “DO NOT TOUCH THAT” I shouted at the top of my lungs, scaring the shit out of him. Then I did it again. The next day, I was walking on the sidewalk when I heard an insistent bicycle bell behind me. Assuming that the biker was politely informing me of his or her presence, I continued moving at the same pace in a straight line on the far right side of the concrete. An older female cyclist then brushed past me and turned directly in front of me, forcing me to stop suddenly. “I DO NOT GET OUT OF YOUR WAY! YOU GET OUT OF MINE” I screamed while displaying my best bitch face. “I know, I know,” she responded with a trembling voice. “That is why I rang my bell.” … WTF? Okay so in this case, she deserved my wrath. All the same, I don’t usually shout at strangers. That’s what burning, pressurized tits will do to a reasonable person.

Are other angry, horrible people simply in pain? Is that why they go bat shit crazy and engage in road rage incidents? What is the overall impact of pain on everyday life?

I stole the title of this post from a well-known book by Elaine Scarry, in which she discusses physical pain and how it “unmakes the world,” especially in its most extreme form—torture. She argues that torture makes language impossible, and is thus utterly opposed to human creativity. Though her book is both complex and fascinating, I am more interested in the history of everyday pain. The study of pain during the early modern period is currently a hot topic, with scholars considering how pain was described and treated. It is more difficult to discover how those in the past actually experienced pain, but I have come across a number of visceral written descriptions. I will never forget, for example, a short treatise that I read while working at the Bibliothèque nationale in Paris, about a man who underwent surgery in 1612 in order to have kidney stones removed [8-TE97-10]. The surgeons were reluctant to operate because the suffering man was 63 years old—an advanced age at the time—but the elderly courtier was in so much pain that he gathered his courage, went to confession, and insisted that the surgery proceed. The head surgeon made an incision in the man’s perineum and inserted “une sonde,” a long thin instrument into the wound. While strong assistants held the patient down, the surgeon used tweezers to search for and remove several stones. After an hour of probing for more stones, the tormented older man was covered in blood, crying in agony, with eyes half dead and a black tongue. In the end, he survived and thanked God for allowing him to endure such horrible pain. Ugh! This is a rather extreme case, but other sources reveal that various injuries and conditions, as well as the presence of body lice and fleas, were commonplace during the early modern period. At first I concluded that people in the past had experienced more pain than most of us do today. What could be worse than undergoing surgery without any anesthetic? But I now think that physical sensations were understood and literally felt differently in the past, and probably from person to person. Historians agree that pain is experienced diversely according to various cultural factors. Now I imagine that we are all fighting our own pain battles, unable to describe our feelings, left wondering about the severity of our condition.

Me and DYT in 2011. Consistent back training has saved my life.

How do you handle your pain? I find that working out is the best remedy. It gives me relief from every ailment. Many of us intuitively find solutions. One friend discovered that yoga is the only activity that eases the pain of her malformed hips. I “accidentally” built up the muscle in my back, which ultimately saved me according to my athletic physiotherapist. I am curious about whether or not you feel pain and how you have decided to treat it in your own way. I am also sorry that this post is serious rather than funny, but that is another sad impact of the sore feet, aching back and burning tit balloons.

7 thoughts on “The Body in Pain”