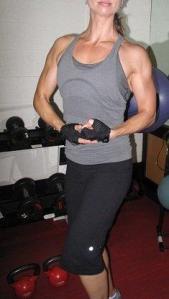 7:45 pm
Sitting in the waiting room after a tough legs workout, I am quite hungry. I dig around in my backpack until I locate a well travelled banana. Settling back in the hard chair I begin to peel it, letting my curious gaze flicker around the room, taking in each individual’s appearance, trying to imagine their stories. Unfortunately, my eyes settle on a button-challenged security guard whose pale, hairless chest has been deliberately exposed. He eyes my banana before sending a wink in my direction. Not wishing to make his pathetic porno fantasies come true, I pack up my bag and relocate to the opposite end of the room before continuing my meal.

9:25 pm
A booming voice cheerfully announces “I’m Jason!,” pulling me out of my fast-paced romantic thriller. There is a sudden flurry of activity behind me and I instinctively look toward the commotion. The loud man, who looms well over 6 feet tall, quickly approaches two uniformed members of the hospital’s staff—one is a middle-aged man with visible tattoos, and the other a world weary Caucasian lady. “Don’t worry,” Jason reassures the pair, extending his hands defensively. “I’m not going to attempt suicide again.” After a short pause, he boldly declares: “I think I have syphilis!” Jason is quickly ushered to a private area. 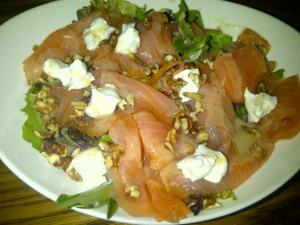 10:05 pm
This time it is the scent of masculine cologne, a comforting woody fragrance, that draws my focus away from my novel and back to the surroundings of the bustling emergency room. Two ruggedly handsome police officers approach a middle-aged Aboriginal male who slouches forward in a wheelchair, a tattered ball cap covering his face. “Richard, Richard,” the younger officer taps the side of the chair. Richard stirs and tries to focus his gaze on the officers standing in front of him. Intrigued, I not so subtly shift my position to get a better look. Richard’s head weaves and bobs before lifting to look at his questioners. “Can you tell us who did this to you?” they prompt Richard, whose face is swollen and crusted with dried blood, along with numerous other injuries sustained from the group beating he had received at a local shelter earlier that evening.

11:15 pm
The curtain rustles as the nurse approaches my bed, one of about twelve lined up on the main floor, for the second time. “Miss…” the exasperation in his voice is apparent. “IV administration is the doctor’s orders. It is in your best interest to receive this intervention for hydration as well as pain control.” He reaches his hand towards mine, prompting me to submit to the injection. Quickly withdrawing, I tuck my hands under the blanket. “It is a patient’s right to refuse though, correct?” I inquire. “Yes but,” he starts. I quickly interrupt: “I do not wish to receive the treatment then, thank you.” I close my eyes until I hear his departing footsteps.

12:45 am
My light slumber is rudely interrupted by incessant hacking. I notice a well worn pair of men’s runners peeking out from under the curtain next to me. I also see a pair of dark brown Ugg knocks offs pacing the length of the curtain. “Baby,” a girl’s shrill voice whines, “everyone thinks my Louis Vuitton is real!” The rasping cough continues unabated. Then I hear wet retching. Glancing to my right, I see the shadow of the Ugg-wannabe modeling a handbag behind the curtain. Sighing suddenly in exasperation, she rustles through her purse, pulling out various items and tossing them to the side of her male companion. “I’m going outside for a cigarette,” she announces. The boy’s sputtering finally ceases and he emits a small groan. “No baby,” he croaks, “don’t leave me.” The girl huffs in annoyance, pulling the curtain to the side in preparation for her exit. “I want to go for a cigarette with you,” he gasps.

1:30 am
My bladder urges me back into consciousness. Sliding off the side of the hard bed, I pull on my running shoes and leave the relative safety of my pod in search of a bathroom. Pulling open the first door, I am greeted by fully exposed black buttocks, framed by a haphazardly tied hospital gown. Muttering an apology and hastily backing out of the room, I then head off in search of a vacant toilet. The second washroom is a small narrow space, forcing me awkwardly to twist my body so that my gown does not brush against the urine splattered toilet. I pull the fabric aside, balling it into my fist as I hover over the filthy bowl, grateful for my strong thigh muscles. I relieve myself quickly, wondering why the free toilet kiosks on the streets of Paris put the cleanliness of this university hospital bathroom to shame.

2:15 am
I strain my ears, trying to differentiate between the angry female voices that now echo throughout my pod. “He collapsed and the cashier thought that he had fainted!,” exclaims Voice Number 1. “They called an ambulance.” “But he didn’t actually faint; he was in fact fully conscious and faking it,” accuses Voice Number 2. “So after we had discharged him, he wandered over to the Tim Horton’s across the street and pulled this stunt,” states the third voice. “In addition to the ambulance, both a fire truck and police unit were dispatched,” the second voice bellows. Voice Number 1 replies: “What a waste of resources!” “Absolutely ridiculous.” “It is disgusting how much money his antics are costing us.”

From what I can gather, Richard, the victim of the beating earlier in the evening, was cleared and discharged from the hospital. Fearful of returning to the dangerous shelter, and faced with unfavourable weather conditions, he had devised a strategy in order to be readmitted to the warm hospital. When his plan failed, and hospital staff refused to accept him, Richard requested that he be returned to the shelter via another ambulance.

4:40am
The curtain that surrounds my bed is briskly pulled aside as the attending physician, resident doctor in tow, enter my space. “We’ve received the results from the CT scan,” the physician advises. “Everything is satisfactory, and we’ll be forwarding a copy of the report to your doctor for review.” After a few moments of further discussion, they leave me to continue their rounds. Relieved that I can finally go home, I slide off the narrow bed and shed the light hospital gown. I quickly pull on my gym attire which is unfortunately still damp from yesterday evening’s workout. Bundled up in my calf-length down filled parka and warm winter boots, I step out of the hospital and inhale the chilly but fresh air, a welcome relief from the stagnant atmosphere to which I had been exposed for the past 9 hours. Unfamiliar with the early morning bus and LRT schedules, I decide to walk across the High Level Bridge. Pulling my faux-fur trimmed hood around my face, I head toward my place of employment, eager to retrieve my vehicle from the secure underground parkade, fill my prescription, and finally return to my home.