It is the beginning of 2014, spurring many people to plan for a better future and transform themselves from dung beetles into magical butterflies. I wish them well. As for me, I am perfect already so no changes will be necessary. This is not just my opinion; I read it online, in a popular list produced by blogger Shannon Kaiser. It is called “20 Things to Let Go of Before the New Year”:   (www.mindbodygreen.com/0-11973/20-things-to-let-go-of-before-the-new-year.html). She told me to “Let go of thinking you are damaged; you matter, and the world needs you just as you are.” Thanks Shannon; I already suspected that the world needed a pissy pants, opinionated white lady professor who cares little about what others think of her. My 2014 resolution is therefore to stay exactly as I am. I have written this motivational advice down, and pasted it to my fridge to be sure that I follow through. Yet Kaiser also advises that I should “Let go of thinking everyone else is happier, more successful or better off than you. You are right where you need to be. Your journey is unfolding perfectly for you.” Wait a minute there, Shannon. It had actually never crossed my mind that anyone could be better much less happier than me. Hmmm. I will have to ignore that part and focus on the last two sentences of your golden words, namely the reassertion that I am right where I need to be. Once again, no improvements will be necessary for me or my life in 2014. Sweet.

The good news, darling FFG readers, is that Shannon’s positive thinking, self-helpy advice is not addressed only to me. Guess what? Every single one of us is already perfect and just right. Even that old disabled lady at the casino who likes to call people “niggers.” Even that miserable wretch at the Shoppers Drug Mart who flew into a rage because he had to wait in line for four whole minutes. And yes, even you, potentially malcontented FFG readers. So put those silly fitness, health, and educational plans aside to sit back and relax. After all, Shannon’s number 15 is: “Let go of the need to do more and be more; for today, you’ve done the best you can, and that’s enough.” Yeah babies: all you need is self-love. And perhaps some self-denial, complacency, and amnesia too. Especially if you have accomplished little to nothing during the past five years or so.

Shannon Kaiser has a lot to offer.

“Why are you picking on Shannon?” you might be wondering, at least if you are more sensitive than me [aside: that would not be difficult]. For one thing, her list was reposted by a few friends on facebook and I actually read it. Then it was open season. Still, her post represents a strange phenomenon that encourages people to ignore their weaknesses, mistakes, and negative behaviours, and instead practice total self-acceptance in a narrowly defined present. While I am hardly one to indulge in negative thoughts or dwell on the past, I am not down with that kind of advice. At some point in our lives, we are all stupid assholes who hurt others and fail to live up to our supposed “potential.” We need to face up to those mistakes, admit our shortcomings and lazy bouts of failure, and learn from our errors. And yes, we also need to make lists and post them online in a quest for both attention and adulation. 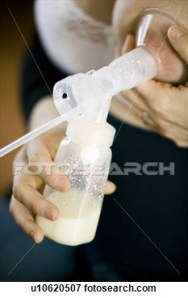 For some reason, I avoided thinking about this for as long as possible.

If you are a longtime FFG reader, you already know that I make a lot of lists. This past semester my “to do” list was quite ambitious, centring on my academic research. “Make time to think about the baby” was, for instance, always getting pushed forward to the next day or week, until this month, when I have finally been doing it. I tend to make lists of accomplishments as well as failures. For instance, this year I spent more time with my partner, being sure to show my appreciation for him every single day. Not in a 1950s doormat kind of way, rest assured. I also had one book published in March, and another accepted for publication and revised by November. I could go on but suffice to say that I had a pretty good year. “Oh stop bragging you boorish and annoying FFG. No one gives a crap about that. Tell us about your many faults instead.” Okay, I will, though you should feel free to add to this falsely short enumeration.

—in 2013 I did not cut myself any slack and did far too much during my pregnancy, which often made me tired, cranky and impatient, especially with certain colleagues and students.

I have year-round nesting syndrome. Which expert can help me with that?

—I did not try to fight my OCD tendencies, which made me even more of a “tidiness tyrant” around the house. In fact, I used the so-called “nesting syndrome” associated with pregnancy as an excuse to crazy-organize my partner’s office. I even ordered and then made him construct a large storage unit for his 800 CDs. I selected matching (and rather manly) storage baskets for all of his other crap, which I carefully dusted before arranging. This was all very wrong of me; I openly admit it. Even now, I am considering throwing away a large box full of pez dispensers that I just found in his man-closet. I am simultaneously evil and unrepentant.

—Worst of all, I continue to give pompous advice to others on any number of subjects, presumably from a place of superiority. I am therefore surprisingly like Shannon. In the rest of this post, I will practice restraint, limiting my unwanted suggestions to a single theme: how to engage in fruitful dialogue. After reflecting on various viral controversies that occurred in 2013—several of them involved fit pregnant women but one was about an unfit and drug-addled mayor—I found cause to lament the increasingly lost art of debate. Facebook, blog sites, and the internet are now our primary forums for exchanging ideas, but most of them feature angry outbursts and irrational accusations rather than informed discussion. An ardent exchange of ideas no longer tends to happen on news shows, nor really on the radio. Yet the act of thoughtful debate is crucial to our democracy, which is one of the reasons why I consider it a primary pedagogical mission of universities.

Let’s get to it: in order to engage in critical thought, you should do the following:

1) start by listening to the other person, or reading their words carefully. Be sure that you understand what they are really saying about a particular topic before you respond or post your comment.

2) avoid taking everything personally. When someone expresses an idea or opinion, it is probably not directed at you in particular. Take a step back from your narcissism and try to think and respond in a rational manner from a broader position.

3) critique the idea expressed by another by addressing it directly and then clearly articulating your own position. Provide evidence for your arguments, hopefully by drawing on some historical examples or statistics that move beyond mere personal experience, though sometimes this kind of experience is appropriate.

4) attack the message instead of the messenger. Explaining why an idea lacks a factual basis, or is racist, sexist, and partial will be more effective than calling someone a racist, sexist, elitist idiot. At the same time, it will encourage them and others to listen to you, whereas a personal attack will stop the conversation. However, if your goal is to suspend all discussion and defensively insist on your own individual status quo, then name calling will work very well.

And with that, I will finally stop, giving you a chance to print and paste this list to your fridge. I wish you all a happy, healthy, and improved 2014. We can all be better people, though probably not by reading self-help bullshit lists.

3 thoughts on “Reflecting on 2013: More New Year’s Advice to Ignore (about the art of debate)”