Am I the only woman in the world who absolutely hated The Black Swan? What a melodramatic piece of cheese. Sure Natalie Portman was good—great in fact—but the story was predictable and stereotypical. I prefer a little subtlety in my art forms. Bored out of my mind in the theatre, I chewed through three packs of sugar free gum. Result? Horrible gas and there goes the best part of date night! Sorry G-Smash, I know you loved that film, but ugh, I gotta be me.

And that me is not always nice. Unlike the skinny ballerina played by Portman, I am not sweet, meek, or mild. Nor do I have a white stuffed unicorn on my bed. Well, except the one that I hump and call my bitch. I don’t even care if my mom watches. Or anyone else who might be using binoculars to look through my always-open blinds. Hey, if they are willing to make an effort to see me, I am willing to put on quite a show.

At my core I am aggressive. If there is one seat left on the shuttle bus at the airport, I am damn well going to sit my ass in it. Get outta the way old lady with crutches! I have amazing survival instincts, earned during my ‘sink or swim you motherfuckers’ childhood. The constant possibility of not getting what I needed—like, say, food for dinner—made me what I am today, and that is not a doormat. If there is some kind of natural catastrophe and the world as we know it is destroyed, I will rise like a cockroach from the ashes, carrying a big stick and hoarding all the singed canned goods.

I am quick to anger, but not for the usual reasons. I have never had road rage, though I often swear at bad drivers on my partner’s behalf. Nor do I care if someone disses me because I probably don’t respect them anyway. Instead, I become enraged by attitudes: when people assert privilege, take things they do not deserve, take what they have for granted, or don’t work very hard and then envy what others have. Petty things drive me nuts and I am incredibly impatient. I often shout at my high speed laptop to ‘hurry the fuck up you cunt!’ I fantasize about stabbing people in the neck if they walk too slowly in front of me. I will actually cut them if they pay multiple bills at the bank machine when I am in line. Just a small slice, but a deep one, so it takes a while to bleed out. When students ask me a question already answered on the syllabus I am visibly pissed off. Here is my official e-mail policy: ‘If you ask me a stupid question I will not respond. So now you know why I am not answering.’ One of my colleagues goes even futher, refusing to accept any e-mails from students. But then she has to meet with all of them during office hours. That is a win-lose situation if you ask me.

I am only pretending to be polite, empathetic, and caring under the best of circumstances. But now that I am eating small amounts of clean carbs, things are getting out of control. My deprived body is filled with a chemical shit storm that includes dubious fat burners, over-the-counter stimulants, and black coffee as I pump away on the cardio machines in a crazed manner. This intense persona is at odds with the cute pink FFG ‘business’ cards that I recently began to distribute. They were created by my designer, a lovely young professional who remains unacronymed. I was thinking of something like ‘Photographer with the Eyes of an Arabian Princess,’ but PEAP makes him seem like a fluffy hatchling. Anyway, when I was handing out said cards, one person quickly glanced down at the shiny pink rectangle, and then looked up with a quizzical expression to ask: ‘Fascist Figure Girl?’ I jumped all over that, as you can well imagine, picturing myself on stage in jackboots with a tiny moustache instead of dainty heels and clean shaven. While flashing a seemingly authentic stage smile, I decided that Fascist Figure Girl would be my alter ego, and yet she might already be coming into the foreground, like an itchy lump that grows on your neck, starts to talk, and then engulfs your entire head. ‘Shut up Boil!’ God, I loved that movie, almost as much as the Norweigan zombie film on TV the other night. I’ll take the gray corpse of a demented Nazi over the emaciated goose legs of Portman any day, especially if he meets me in the outhouse. Now that’s the kind of subtlety I crave! 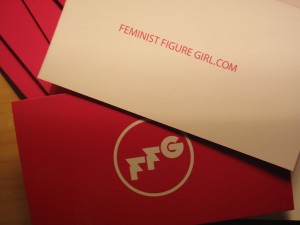 You see how depraved this bodybuilding experience is making me? I have indeed been exhibiting some mean, irrational, and dare I say it, even fascist tendencies lately. Here is a sampling of the evil I have recently wrought:

-as I rose from my seat after watching Incendies—a fantastic movie though not for the faint-hearted—the two large women seated behind me started waving their hands from side to side, indicating that I was blocking their view of the final credits. Because they should have said ‘excuse me’ instead of gesturing rudely, I deliberately walked back and forth in front of them. When one of them finally said ‘You keep walking in front of us!’ I first paused to consider the banal obviousness of her comment, and then laughed out loud, my heart filled with glee. I did this while standing in front of them. I think you will agree that I am a nefarious monster.

-an older man tried to see how long I had been on the step mill so I put my hand over the timer, without acknowledging his existence, and yet obviously thwarting his intrusion into my routine. I am satan incarnate.

-a few days ago someone kept trying to get by me on the narrow stairs leading down to the subway platform, foolishly as no train was actually coming. I sped up so that it was impossible to pass me, slowed down, and then sped up again. I had no reason whatsoever to do this. I enjoyed it immensely. Poison flows through my icy veins.

-back at the gym on the step mill again, I laughed at a pretty but thin, unmuscular blonde woman who walked by wearing only tiny booty shorts and a skimpy bra. Removing my ear buds, I asked the properly-dressed woman on the adjacent step mill to bitch slap me if she ever saw me sporting such nonsense at the gym, despite my superior abdominal region. She readily agreed to do so. You already knew about my narcissism, but now you realize that I am also more dastardly than the Venetian woman who in 1736 got pregnant by the local priest and then stuffed her baby in the drain pipe. Aside: I am currently writing a chapter about early modern forms of infanticide, and it is fucking fascinating! Sometimes I just love my job. Oh, wait, I must get back to being malevolent…

-last week, when UPS incorrectly charged me an additional $50 for my ugly plastic figure shoes, I went ape shit, ranting and raving for a solid 20 minutes. I finally wrote a bitchy complaint letter dripping with venom to the American shoe company, but then erased it in case I need more shoes later. So. I might not be totally out of control after all. But before you start thinking of me as a reasonable person, I have something else to confess: I considered doing a few rotten things just to have more examples to add here. Maybe I still can. There must be a few sexy Norweigans jingling coins in their pockets while driving around on ski-doos somewhere…