Yeah, this time it is exactly what you think: me taking pleasure from caresssing my own body. I can’t stop running my hands over my abs, for example, because for the first time in my life I can feel them. The middle of my body is a relief map, all hills and valleys. A small circular sinkhole has formed in the centre of my ribcage beneath my breasts. I thought only chickens had that. What’s that I hear you say? Please tell us more about this fascinating subject? Okay I will.

As I lean out—I have now lost 12 pounds—a new body is emerging from beneath the melting layers of fat. This process reminds me of Michelangelo’s conceptualization of sculpture; according to him, chiselled human figures gradually surfaced from inside the hard marble, as if they were in bathtubs from which water was slowly drained. My less impressive work of art is similarly being revealed, and I think I like it. As I score rather high on the autism spectrum, I also like making lists. Here is a points-bulletin account of some things I have learned about myself during this ‘cutting’ period:

1. I am a veiny mother fucker. My forearms, biceps, and shins are vascular even when I am at rest. My lower torso is an outrage. It looks as if my uterus has been dissected, but not by Gunther Von Hagens. Instead it resembles the work of Jacopo Berengario da Carpi from about 1520. Please see the visual examples below, though I should note that I could never adopt the posture of the figure on the right, who is precociously making a vagina print. Those damned Renaissance women thought of everything first.

2. I normally have crazy amounts of energy. Those fat burners—the kind that make most people sweat and shake—have no discernible effect on me, even when I imbibe the maximum amount (or rashly experiment with more). QMR asked me if I was on cocaine or some other stimulant that would interfere with fat burners. I was embarrassed to admit that I have never tried the white powder. I am naturally one giant spaz.

3. After two months of dieting, I occasionally feel tired for the first time in my life. The combination of my writing, reading, training, cardio, continual cooking, thinking, and cleaning habits means that I require rest every now and then. I sometimes sit down for a few minutes and do nothing, or else I just drink coffee, without tidying the kitchen or organizing the front closet at the same time. Throughout the day my partner can be heard remarking: ‘I gotta lie down.’ We have agreed that this appropriate motto will be  engraved on his tombstone. In contrast, my headstone will say ‘She got shit done.’ Well, not quite as much shit as usual these days: I undertook the Feminist Figure Girl project to experience novel sensations; it never occurred to me that bursts of exhaustion would be among them.

4. Training for a bodybuilding competition is insane. I kept track of the time spent cooking, training, and blogging for one week and it added up to over 30 hours. That is on top of the 45+ hours of writing, grad student chapter editing, and so on that I currently do for my slowed-down-because-I’m-on-sabbatical career. I did not even count food shopping. Every Saturday my partner picks me up from the gym to drive me to the organic buffalo store. Once inside, I look at the bearded apron-clad hillbilly and say exactly the same thing: ‘I will take all of your sirloin steaks.’ Tough crap for the other, now bisonless bodybuilders: ‘you snooze, you lose.’ The time invested in this competition will increase once I actually do everything I am supposed to do: like rolling my ass on a tube of hard blue foam and posing for half an hour per day with a wooden smile plastered on my tanned face. Who thought up this crazy shit?

5. I am an inflexible bastard. Not intellectually; in fact I fancy myself rather clever and open to new ideas. But as I do not stretch enough, I can barely achieve the requisite four quarter figure turns. I am also far from graceful and cannot ‘work it’ when QMR asks me to do so during our posing sessions. Work what?

6. No doubt related to the previous point, I am crackly as all hell. Every few minutes I hear a ‘snappy snap snap’ coming from my shoulders, back, arms, and elbows. I used to crackle only in my fusioned feet and knees. G-Smash always grimaced and made the sound ‘ugh’ as if she was about to barf whenever I did a sissy squat. I didn’t just crack during the first squat either; it was like Chinese New Year every single time. Vivacious M theorized that gas was getting trapped in my joints, but I doubt that I am gassier than usual—well, except when I chew excessive amounts of gum with sorbitol while watching bad movies. All other artificial sweeteners seem fine, and I currently have so many chemicals infusing my body that when I die it will remain eternally preserved, like the corpse of Pope John Paul II or some medieval saint with the sign of the cross inscribed on her heart. Feel free to cut me up and sell the relics on e-bay. That is a great merch idea. Dragon’s Den anyone?

7. I am small. I think of myself as big and powerful, but in the end I am one of those deluded chihuahuas, with a big ego trapped in a diminuitive frame. I will sometimes bite, especially if you tap me on the shoulder to inquire how much time I have left on the step mill. ‘As much time as I want, bitch!’ I do not have body dysmorphia per se, but I do have an irrationally healthy image of myself as ass kicking, without such physical problems as tendonitis, boney fusion, and eye bags. Imagining myself to be much younger than I really am, I often have a startle impulse when I look in the mirror, like a newborn suddenly placed on a transparent surface. Come to think of it, I am a baby almost every day now, feeding every 2.5 hours, becoming angry when tired, and feeling mad as hell about a lack of motor control. This image leads me to a final question: Do bodybuilding competitions cause regressive personality disorders, or do they simply exacerbate pre-exisiting ones? 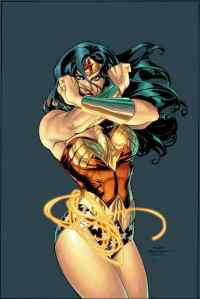 2 thoughts on “When I Think about Me, I Touch Myself”