I fucking hate diaries. Could any literary form be more tediously self-indulgent? ‘Dear Diary, How are you? I am fine, doing laundry after cleaning out my walk-in closet, ready to distribute size 3, 4, and 5 jeans to skinny bitches at the gym. On the bright side, I have squeezed back into my Silver 6s, which are currently cutting into my lady hips. Having lost a few pounds by eating totally clean for two weeks and religiously recording my consumption in a journal, I feel a surge of renewed strength and determination, as well as a mixture of confusing emotions; I am euphoric, truculent, uncherished.’ In truth, I decided to shed some fat because I am cheap and hate shopping for pants. The food diary that follows is not about reducing, or, god forbid, calorie counting. It features glorious pictures of me, me, me, and some of the shit I have been eating. Instead of providing you with recipes and measurements, I have decided to create my second ever photo essay, partially documenting my food patterns over the past few years and including new pre-competition images. Since ‘My Big Fat Photo Essay’ still gets more hits than any other FFG post, I should capitalize on what little marketability I have. [Aside: I recently found a batch of RAW images which show me entirely naked, being tanned for my show. If I ever figure out how to convert them to JPG format, I may post them in a third photo essay, and possibly charge a fee. Get your credit cards ready.] 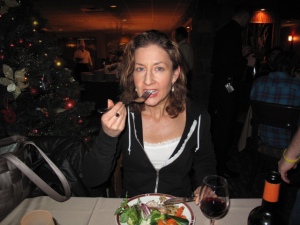 On December 25, 2010, I celebrated by eating meat for the first time in 17 years. Naturally, I was a little frightened. Location: Jasper, Alberta. 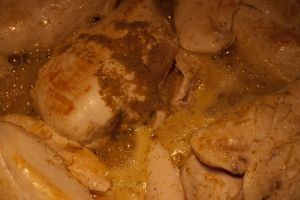 My diet featured chicken and cod, among other things, for the next five months, though I had weekly cheat meals at a Japanese restaurant, satisfying my constant craving for vegetables. [Aside: no shit]. Photos: Patrick Reed. 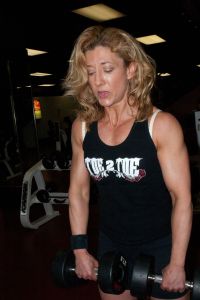 Those muscles did not grow by themselves. They benefitted from hideous facial expressions as well as deadlifts, chin ups, and a few hack squat orgasms. Location: My gym, Edmonton, Alberta. Photos: Patrick Reed.

I sometimes had to jam food into my body even when I was not hungry. Here I am on the day of the competition, June 4, 2011, looking exhausted and butt ugly while getting my hair done. It is only fair to expose the horrible aspects of competing! Location: My favourite hair salon, Edmonton, Alberta. Photo: Patrick Reed. 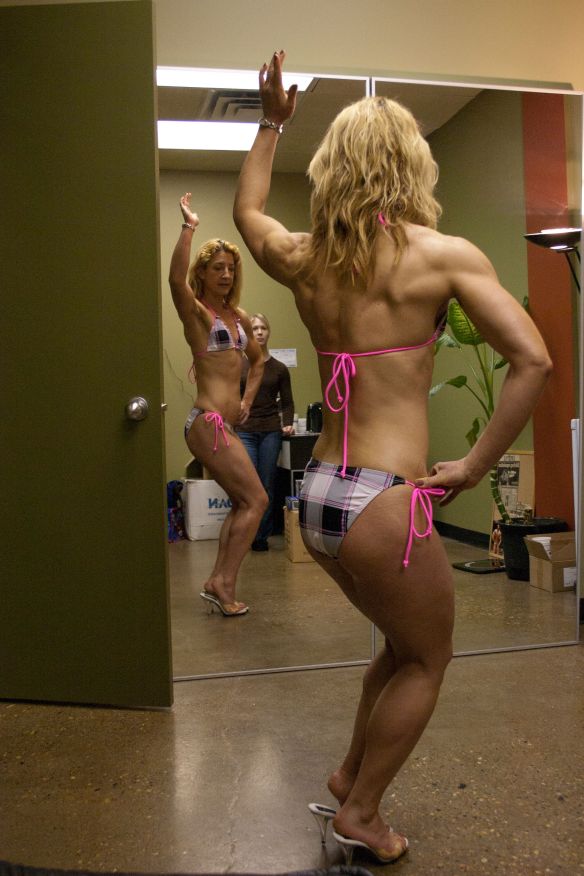 But it is all worth it to look pretty while shouting ‘Look at me! Look at me!’ Right? Location: Office of my posing coach, Edmonton, Alberta. Photo: Patrick Reed.

After the show, I threw huge dinner parties and ate out while travelling. Still lots of meat on the menu. Location: Korean BBQ restaurant, New York City

After a visit to King Henry VIII’s kitchens at Hampton Court in April 2012, I was inspired to re-create at Tudor low-table meal for the students in my ‘Early Modern Body, 1400-1750’ seminar course. Luckily I already had lots of mead in my liquor cabinet. Pottage and orange chicken are featured above. Locations: Hampton Court, England and My condo, Edmonton, Alberta

So, after grading final exams and wrapping up a few things here, I am flying to Italy this Saturday, where I will be teaching and doing research for the next six weeks. I will, of course, also be blogging from there. Thanks to Fitbabe, I have a hard-core work out plan and will continue to eat clean. I might even post before and after photos, so you’ll have no need to send those e-mail messages, begging for more FFG.

6 thoughts on “Food Diary, or The Ugly Truth About Competition Prep (Another Photo Essay)”