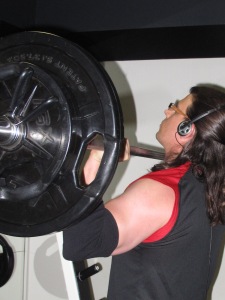 A while back I was posed a pretty open-ended question regarding how my creative endeavours influenced and were shaped by my unrelenting desire to, as FFG puts it, ‘pick up heavy shit, put it down again, and then pick it back up’.  It took me a little while to try to sort it out mentally, which is surprising as the question floated about for a good, long period at the forefront of my mind while I tried to clarify it.

Would I start with the ideas of how creativity lead me to spontaneously vary my training techniques, switching exercises to encourage muscle growth and break through plateaus when necessary? No – too easy, plus I regard the concept of periodization to be a commonly accepted idea, readily espoused and rightly regarded as a fundamental tool for continued gains amongst all athletes.

Would I then switch to how lateral thinking allowed (and continues to allow) me to continue to train in non-conformist ways when recovering from injuries, that when viewed from the position of a non-sports specific medical professional should have made me stop entirely? Maybe, but it’s not that great to pat yourself on the back for smartly avoiding doing stuff that FUCKING HURTS. Maintaining your hard-fought gains doing exercises that may have a slightly different angle while working the same muscle groups isn’t exactly innovative, and neither is using a good pair of wrist-wraps to hang onto weights and bars when your grip-strength is shot from tendon damage! Strangely, this just makes sense.

No, what I finally began to realize is that the act of training wasn’t necessarily a directly creative act, and more importantly, that the process of training was the true unifying factor between it and my creativity.

Let me explain – my experience as an artisan truly began during my undergraduate degree. I, like babyeaterlifts (the poser of the question), trained as a visual artist. I studied painting, art history, sculpture and drawing, with no intent on heading down the track to become a professional craftsperson who now fucks about with sparkly things that cause certain types of people to either swoon or curse. What I picked up in art school was the intellectualization of ‘the process’ – or in other terms, identifying just how you did something in order to do it well.  This idea was well-honed there, and I cleaved to it readily, as I had not only been practising ‘the process’ while preparing for my art studies in academia but also with the rather extreme level of my teenage commitment to bodybuilding. I was, in hindsight, rather notorious even amongst my notably athletic friends because of it.

It was finally going beyond the basics of just picking shit up and putting it down again that I feel like I began to improve what I was doing in the gym. I was refining my movements – tweaking my wrist in slight ways during curls, adjusting foot position and stance during squats, adding a little type of leg drive on a press – and discovering that like the hours spent behind the pencil and brush, the hours spent in the gym not only improved my technique with lifting, but the physiological efficacy of the movements. Achieving a muscular ‘pump’ came more quickly, with a sensation of muscle fullness that had previously not arrived as readily or as satisfyingly.

This patience and self-awareness is readily linked in my mind when relating to the physical acts involved in the creation of these things – the shaping and molding of my physical body; the repetitive mastery of learning the techniques behind proper brush-work, pencil-shading, or the roughing of forms in clay; and now – as I work professionally as a goldsmith and jewellery designer – the processes and manufacturing techniques involved in building compelling and significant jewellery pieces.

Now, before this starts to sound too much like a self-promotional ego stroke of a blog posting, you must remember that, to me, the act of training is a repetitive act. An act I enjoy immensely and find irreplaceably difficult to supplant with any other activity, either physical in nature or purely ‘creative’ in its bent. It’s something I’ve done for so long that it feels almost banal at times, which should be the ultimate killer of motivation and passion, but I still find myself desiring it. The slow-coming, incremental strength gains and vague, minor changes in the shape of my body are literally transformative, much in the same way that the slow action of layering oil paint on a canvas is. This is the relation to pure creativity between the two for me: the ability to continually repeat actions and techniques over and over, in the pursuit of mastery over the medium – either my physicality or the artisanal object. 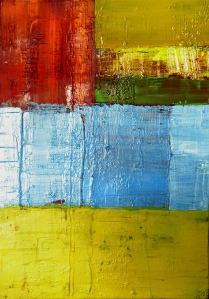 So, I guess as vague as this explanation might seem to many, it is the best one I can come up with in relation to the question. My query, in return, for the readers is this: does anything that you do in your life have a similar essence of existence? Do the pursuits that grip you as vitally as the ones I have described above have an over-arching similarity of emotional experience when you think about them objectively? Or is it all just bullshit, and I should just shut up and go lift some heavy shit?

2 thoughts on “Guest Post by RenMan: The Process of Physical Creativity (ain’t that creative)”