Renaissance CrossFitter who is equally ready for Zumba.

As promised, here is a discussion of CrossFit by Fitbabe and myself. To be clear, it is not a rant against CrossFit, and CrossFitters who assume as much, immediately responding to our arguments in a defensive way, might want to ask themselves these questions: Why am I so invested in this practice? What does it really mean to me and my identity? Does the CrossFit method encourage blind devotion and mechanical responses—both physical and emotional—in its hardcore followers? As a non-practitioner, I am more interested in broader questions; I primarily want to think about why CrossFit is suddenly so popular, especially in the United States. Fitbabe is the fitness expert at feministfiguregirl.com, and she will address  some of the physiological aspects of CrossFit.

First of all, I should say that I love watching people perform CrossFit workouts, and have tried a few of the moves myself. Achieving good form while doing repetitions of shoulder push-presses and power snatches made me feel invincible. When I see a team of CrossFitters encouraging each other during their intensive sessions, doing kipping pull-up after kipping pull-up, I am impressed.

I want to go to there.

I agree with you, FFG. CrossFit has some awesome advantages. I like its community aspect, which includes online and offline social support. I like its endorsement of healthy competition and a hard work ethic. All the same, CrossFit is not the right program for people who have pre-exisiting conditions that need special attention. I believe that CrossFit training is primarily suited for members of the military, or those working in fire and police departments. This segment of the population would absolutely thrive on CrossFit training, whereas a typical office worker might benefit more from other kinds of exercise.

I am glad that you mentioned the military, Fitbabe, for CrossFit is one of the programs used by soldiers and marines, among others who pursue total body fitness. CrossFit exercises (like rope climbing, tire flipping, and box jumping) combine weightlifting, gymnastic, and sprinting techniques in demanding routines designed to improve functional movements. The ideal CrossFitter is ready for any challenge, which is why the program is perfect for military personnel and emergency responders who need to be physically adaptable, strong, and flexible in order to tackle unknown situations.

That’s right FFG, and the CrossFit mantra endorses a particular understanding of fitness, which differs from that promoted by practitioners of yoga, bodybuilding, or even dance aerobics, to give a few examples. According to CrossFitters, a fit person will display the qualities of strength, power, speed, agility, balance, and cardiovascular endurance. Advocates will be judged on their performance of particular skills, and on whether or not they can lift weights according to specific criteria or run a 5 kilometre race and so forth.

All types of exercise create some kind of group dynamic, distinguishing insiders from outsiders. Just the other day, I realized that I would have to buy lime green cargo pants 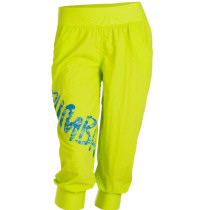 in order to join the Zumba girls who use up all the lockers every Monday night. Thankfully, I do NOT want to go to there. Group exercise produces a sense of shared identity through repetitive bodily movements and a potentially imaginary notion of common physical sensations. Yet the group dynamics of CrossFit are noteworthy because they resemble military training techniques so closely, including ones dating from the seventeenth century. And now, dear readers, are you ready for a thrilling lesson on military history?

During the early modern period (c. 1450-1750), wealthy dukes, aristocrats, and popes as sexy as Jeremy Irons hired soldiers on a temporary basis, to kill enemies, looting and plundering the rural poor when deemed necessary. These mercenaries were supposed to be big and strong, but soliders did not join standing armies fitted out with uniforms or equipped with standardized weapons; nor did they receive methodical training in the art of war. Gradually, however, Renaissance forms of quasi-professional military education were developed, a statement that does not overlook the models of warfare created earlier by, among others, the Romans and Persians [so calm your nerves about my generalized narrative,

war-nerds]. One famous example is Exercise of Armes, a book published in 1607 by the Dutch engraver Jacob De Gheyn, which features step by step instructions about how to load and fire a musket. De Gheyn claimed that soldiers should perform each step in sequence, again and again, until the movements became embodied, and no longer required mental intervention. While his goals might seem strictly practical—shoot others before they have time to kill you—they were really geared toward other ends. The repetition of highly technical movements in group settings was meant to transform the soldiers’ bodies into efficiently obedient machines while creating a bond between the men. Although the rag-tag for-hire soldiers had very little in common, such group activities as cleaning and loading weapons, not to mention marching in formation, made them cohere and become more loyal to fellow members. This trained soldier was more likely to follow orders, succeed in battle, and extend the interests of his employers.

I think that something similar is happening in CrossFit, which uses repetitive technical motions to produce strong group bonding at the potential expense of individualism. But why is this particular form of “arming the body” alongside others so appealing right now? CrossFit is hardly new, and yet the number of gyms officially affiliated with its methods has grown from 18 in 2005 to almost 1,700 in 2010, mostly in the United States. What gives? Well, I have a few ideas, and none of them has to do with progressive understandings of fitness or physiology.

Mind if I interrupt your historical musings at this point, Professor Useless from the University of Who Cares? [Aside: Fitbabe is invoking the name awarded to me by a “fan” after my competition in June; see the post called “Gender Police”]. I want to expand on your allusion to the lack of specificity in CrossFit methods. When a professional trainer designs a safe and progressive program, it should be based on the client’s particular goals, as well as his or her current fitness level, personal injuries, and commitment.

In contrast, many CrossFit gurus contend that any athlete can train for general fitness. In my opinion, this position is impossible because of the law of Specific Adaptation to Imposed Demands (SAID). The body only adapts to specific stimuli, and these adaptations do not carry over into a fictitious realm of “general fitness.” For example, you can’t train like a marathon runner and expect to squat 500lbs like a powerlifter. Similarly, it is not possible to train like a powerlifter, and then break a world record while running a marathon. Both training styles are very specific to the intended purpose, and they don’t cross over to the other activity by training with general fitness adaptations.

You are on to something Fitbabe. I think this emphasis on “general readiness” in CrossFit is an important part of its current appeal, and can be partly explained with reference to the latest economic crisis. Many people now struggle to find and/or retain jobs in a marketplace flooded with uncertainty about investments, mortgage rates, pensions, and banking security. Young and old alike are told to retool multiple times, change careers every 7 years, and thus be continually up for new challenges. These days, the successful person is supposed to be flexible, adaptable, eager to learn new skills and use new technologies. This person is multi-skilled, always multi-tasking, and constantly on the move. Yet in reality, most of us have little control over markets, and don’t really comprehend or trust the systems of government and management that shape the world in which we live. At least we can control our bodies, right? We can transform them into highly tuned fighting and survival machines. Here I should admit that I am expanding on an idea suggested to me by the fabulous artist Heather Cassils (http://heathercassils.com), who recently gave an invited talk about her work at the University of Alberta. There she noted the increasing popularity of a military aesthetic, including within fitness culture.

Now I am not referring to the manifest intentions of everyday CrossFitters here. People don’t think “I find solace in CrossFit in response to stressful economic demands.” Most consumers of CrossFit (and other popular forms of fitness) take what they need from the practice, making it meaningful on a personal level, and using it for their own ends. This “poaching” of dominant cultural models does not negate my broader argument, for none of us simply shapes and expresses our “unique” identities as we see fit, in utter isolation. How else to explain the fact that 1 out of every 4 people under the age of 40 has pretty much the same tattoo sleeve?

Back to the matter at hand. Where do I want to be when everything goes to shit, when the market collapses, the Iranians drop the bomb, the pandemic comes a callin’? Why, in my local CrossFit box of course. For those guys are ready, willing, and able.

They can even survive the inevitable zombie apocalypse, a theme on which 2DO will elaborate next week. While marathon runners are having their intestines devoured by the brain-dead, and powerlifters are trapped inside rusting cars, CrossFitters will be patrolling their armed community, eating meat, nuts, and berries to avoid the metabolic derangement caused by starch and sugar. Who will be laughing and writing fancy critical essays, then, bitches?

18 thoughts on “Cultures of CrossFit: The Good, the Bad, and the Zombies”