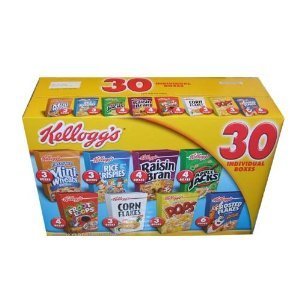 Cereal wars were commonplace when I was a kid. Whoever shovelled crispy Corn Flakes into their gob the fastest got to eat the most. Don’t even ask what happened during those rare camping trips when my mother foolishly bought the variety pack of small cereal boxes that travelled well and could be ripped open to produce mini wax-lined bowls. The antics on Survivor pale next to the strategic planning and temporary alliances that determined who won the prized box of Captain Crunch and who got stuck with Rice Krispies. No doubt the Kellogg’s cereal company also played a role in your childhood, especially if your parents let you eat crap food while watching Super Friends on TV every Saturday morning like mine did. [While munching on Raisin Bran, I was irrationally drawn to Aquaman, make believing things that were very nautical and very wrong]. 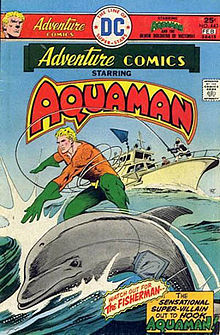 Speaking of commercially-inspired lust, I noticed that a product called SexCereal was launched on Valentine’s Day this year. Don’t worry. I am not going to start ranting about the insidious marketing of this supposed day of love, designed to make single people feel like crap and provide a brief moment of artificial happiness for those co-dependent, unstable couples who are otherwise fruitlessly “working on their relationship.” Nor will I vent my hatred for the sudden glut of advertisements that show women willing to trade sex for cheap silver trinkets. Hello ad wizards! I would rather put out for a KitchenAid Professional series 5.5 quart mixer. Can you picture what I would do for the extra attachment pack? Okay, enough already. I realize that people in mutually beneficial relationships—which may well consist of more than two individuals and more than three genders—can enjoy such ritualistic bullshit holidays on their own terms. So I will turn to something more topical: the purpose and promised benefits of SexCereal. According to its Canadian

creator, Peter Ehrlich, this sensual granola supports proper hormonal balance in women and testosterone levels in men. While the ingredients in HIS and HER cereals vary, both types include maca powder, reputed to add fire to man as well as lady loins. Nutritionist Jane Durst-Pulkys claims that after her friends tried SexCereal “they definitely felt like they wanted to have sex.”   [Hooray for the scientific method!] Not wanting to mislead the public, the more cautious Ehrlich noted that “if you have a bowl of my cereal, you’re not going to get an erection in 20 minutes.” Disappointment. In any case, I am not sure who would openly purchase this product, which basically reveals the existence of a low sex drive, something linked with the shame of over-medication and natural aging in our culture. I mean, if I saw a guy under 50 in line at Sobey’s with “HIS” in a shopping cart, I would immediately think “nascent ED.” On the other hand, if I saw him about to purchase a $10.00 Durex Vibrating Ring, I would assume that he was a thoughtful and caring, not to mention thrifty, young man with a bright future ahead of him.

Don’t bother splashing out for the larger versions that cost between $50-$100. This cheap lady-pleasing cock ring works just fine.

Many of the ingredients in SexCereal, including bran and dried fruit, promote healthy digestion, linking active bowels with sexuality. This idea could bring me back to the Raisin Bran-Aquaman experience of my childhood, but I will instead return to the seventeenth century, when intestinal productivity was more obviously associated with virility. The French King Louis XIV often made manly displays of his ability to consume and transform large amounts of food into spectacular royal mounds. And he was certainly hot to trot my friends. Whenever Louis fell ill, the consistency and quantity of his absolute-ly magnificent bottom were of paramount concern to his physicians as well as his subjects. In 1687, the King bravely underwent anal surgery to repair a fistula. The resulting disruption of his intestinal activities cast doubt on his masculine ability to lead, requiring him to feast and excrete in public locations to prove his full recovery. It all worked out in the end. This entirely truthful example—featured in my new research project called Illness as Opportunity in Early Modern France—is part of a longstanding appreciation of the human bowels. But not everyone has been a fan of sexy colonic extravagance.

John Harvey Kellogg, for example, promoted clean bowels as a way to approach the sexless godliness advocated by his Seventh-day Adventist Church. Now best-known for inventing corn flakes with his brother Will Keith Kellogg, John Harvey was a physician who in 1902 remodelled a sanitarium in Battle Creek, Michigan, to promote good healthy living, featuring a vegetarian diet, physical exercise, and—best of all—daily enemas of water followed by a yogurt chaser. Among other medical targets, John Harvey fought obesity with these measures, arguing that chewing whole grain and fresh food slowly, drinking lots of water, and avoiding tobacco, alcohol, and sugar while partaking of exercise could cure obesity. Sound familiar? Of course, he also regularly administered ass injections, something that may sound less familiar. [Unless my delightful readers have certain diet tips they would like to share wth the whole class?]. John Harvey was appalled when his brother Will insisted on adding sugar to their lucrative dried cereal. Will ultimately broke ranks to found the arguably unhealthy Kellogg’s company, laden with sweet treats that now impact many childhoods, for better or worse. Another rival of both Kellogg brothers was Charles William Post, who visited the famous sanitarium in Battle Creek after suffering a nervous breakdown caused by his stressful job making farm implements [really?], and was subsequently inspired to start his own dry cereal company. Post’s Grape Nuts brand was another anti-obesity measure linked with the dieting/moral reform movement of the late nineteenth century, but he too eventually embraced the marketing genius of added sugar.

I learned about the Kelloggs while reading Sander Gilman’s book, Obesity: The Biography (2010), this past week. I was fascinated by the differing fantasies associated with human bowels, which are sometimes filled to the brim with grainy desire, and sometimes morally cleaned out with healthy colon blow. The intestinal tract has once again become a battle ground, as the purveyors of SexCereal face off against those who espouse the grainless paleo-diet as the basis for virile display. Personally, I prefer the ways of Louis XIV, but am trying to remain neutral. For the most part, learning about the colon wars has provided me with new material for my energetic morning antics; I now bend over in the kitchen to await my breakfast, announcing: “I am ready for my museli infusion!”