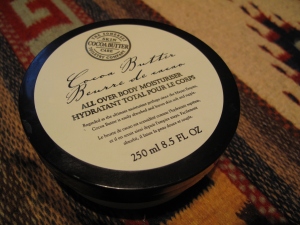 Grease me up, lunch lady Doris.

A few weeks ago I read about a group that had formed to stop parents from oversharing about their children on facebook. Some people do not like seeing pictures of kids with food smeared all over their bodies, or receiving constant updates related to barf and poo. Fair enough, but did they really need to form a protest group? Why not just remove these verbose friends from your facebook feed? That’s what I do. All the same, there is clearly a demand for tedious details about the lives of children. I am adamantly not partaking of it; nor will I ever do so. When I found out that I was pregnant, guess how much research I did about fetal development? How many times I read the best-selling book What to Expect When You are Expecting? None! Fuck that, I thought. I have better shit to do, like writing my next book, teaching spin classes, and going on research trips, not to mention having my blood drawn, taking pre-natal vitamins, and peeing into a cup every few days.

I am nevertheless willing to overshare about any number of other inappropriate and potentially harmful things, including my vagina. [Warning: any student currently enrolled in one of my courses is forbidden from reading the rest of this post. Do not invoke my increased wrath by continuing on this foolish path of destruction!]. Ahem. Back to my vagina: This favourite body part changed after I became pregnant, immediately, even before I felt bloated and chalked it up to perimenopause. After enjoying a bout of carnal pleasures with my LSP, I was utterly depleted and resting comfortably. Suddenly I felt an uninvited sensation. I began to spasm, seemingly from my core, again and again. I was slightly terrified by the intensity, making loud grunting sounds of alarm while involuntarily crunching my legs and arms into an upward fetal position, as if about to do a set of abs. Finally, it was over. “What the fuck?” I yelled, looking accusingly at my partner who was collapsed on the floor beside me. “I didn’t do anything,” he defensively protested. “I was not even touching you!” Hmmm. That was true. Nor was I touching myself. Still, my eyes narrowed suspiciously. Had he somehow learned how to control my body with his mind? I would not put it past him. A few weeks later, after I had peed on a stick to rule out the impossible, I googled “crazy orgasms while pregnant.” Then I discovered that some women begin to have unique multiple orgasms during their third trimester: essentially they experience uterine contractions in addition to the vaginal, clitoral, or G-spot variety. OMG. I was apparently having these womb seizures at four weeks. You might think that this new way of perceiving my body could be wonderful and to a certain degree you are correct. But just consider that these bizarre convulsions have recurred when I was at the gym and once when I was simply walking home from campus. Argh. Why am I such a freak? 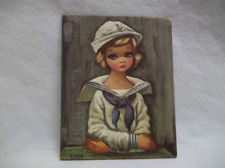 I also had pictures of demented clowns on my 1970s bedroom wall. Fodder for nightmares.

And now I believe that it is time to move on to a detailed discussion of my breasts. It will not be for the first time, either [please see the post called “Bad Tits”]. After I became pregnant my breasts rapidly grew larger, starting with the nipples. This is standard but again: Argh. They were so itchy that I was catapulted back into puberty, returned to the embodied experience of being twelve years old. That is when my breasts started to develop, with the nipples first getting wider and slightly puffy, becoming strangely visible beneath my thin cotton shirts. You know, the late 1970s kind with pictures of semi-Victorian wide-eyed children on them? When creepy old men stared at my chest, I carefully arranged my long hair over the throbbing bumps, hunching forward in shame. Thanks a lot assholes! That was great for my budding self-esteem or rather lack thereof. Anyway, by age 45 I was no longer ashamed of my expanding lady parts but instead simply annoyed by my renewed breast development. These free-of-charge breast implants were also incredibly sore. At one point, I resorted to going topless in the condo, my breasts smeared with cocoa butter. This is around the same time that my partner began to enjoy my pregnancy. He was helpless before my fertile magnificence, unable to resist the National Geographic vision walking past him in the hallway. My home life was transformed into something like the Discovery Channel, with sneak attacks visited upon an unsuspecting lady baboon at regular intervals. Of course, I liked this new jungle land because I was lucky enough to be having an easy pregnancy, unaccompanied by nausea and with an increased rather than diminished sex drive. I have no idea whether or not any of this is typical. 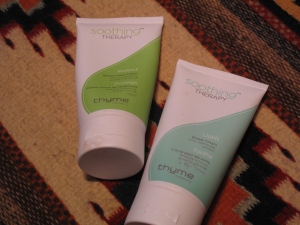 Despite my reluctance to engage in maternal consumerism, I have splurged on a variety of skin lotions, and now have many kinds crowding the top of my bathroom vanity. I regularly apply special sauce to my stomach and hips, in a desperate and probably futile attempt to prevent stretch marks. My breasts receive a different treatment, called “Uplift.” According to the label, it should be applied twice a day in upward, gentle motions. So far, so good. Then my ever increasing eye bags require copious amounts of Preparation H. All of this extra body care has made me somewhat tired and overwhelmed. I hope it’s over soon so I can go back to doing only heavy chest presses and dead lifts. Actually, I recently achieved a personal best while doing incline chest presses with PDDs: six reps with a set of 60 pound dumbbells! I have nevertheless seen my level of fitness decline, finding it challenging to do chin ups with the extra weight that I have gained. I also get sweaty and winded much more easily, what with my increased basal temperature and blood flow. I am trying to accept these changes, even as I continue to work out on a daily basis, focusing on volume rather than on lifting as heavy as I can. Fitbabe has kindly volunteered to create a pregnancy work out plan for me, and I still train with the ever delightful DYT twice a week. I admit that I vainly do not like my physical appearance right now, for at five months into this experiment I am in an uncertain zone; I see people look at me and wonder: is she pregnant or simply fat? When I first revealed my pregnancy to a close friend at the university—I had to explain why I was not drinking alcohol during our Okanagan wine tour—she said “Oh and here I thought that you were eating too many Boston Cream Pies.” I am not exactly sure what is in a Boston Cream Pie, but I would definitely devour one right now, should it suddenly arrive on my doorstep. Hint, hint.

And that dear readers, is more than enough about the FFG pregnancy, don’t you think? I will be writing about any number of subjects in the near future and as always, I welcome your suggestions.