Let me start by admitting that I am a fan of Jamie Oliver, the English chef and media personality. I don’t find him particularly good looking, never having been drawn to roast beefy morons, a term I learned by watching Blackadder. Now there’s an Anglo-Saxon he-hunk! Nor am I impressed by Oliver’s accent. I am always surprised when untravelled North American ladies find English accents exotic, giving it up the instant a weedy ex-pat opens his gaping yaw—usually revealing bad teeth—to ask: “Shall we crack on with lunch then, dahling?” Step aside, you lummox, for I grew up watching Upstairs Downstairs, Benny Hill, and Coronation Street without the need of subtitles or dictionaries. Yet I embrace Oliver’s sensible approach to food, as well as his sensuality. His cooking show, called The Naked Chef, debuted on BBC in the UK in 1997, but reruns of it as well as various spin offs remain accessible on The Food Network. In the single episode I have had time to watch, I enjoyed Oliver’s relaxed chefiness, as he tossed handfuls of flour about, rejecting measuring cups while talking about how to judge freshness. 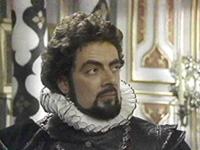 Oh Lord Blackadder, you had me at pantaloons.

For a Canadian version of televised gastronomic masculinity, check out the inimitable Ricardo, a Québecois chef who touches, smells, and tastes his ingredients. Ricardo once did a series of cooking shows in Italy, causing havoc when he fondled and thus contaminated all of the parmesan cheese rounds. Anyone who pursues corporeal pleasure in such a passionate manner should feel free to drop by my kitchen any time.

So round, so smooth, so alluring.

That Jamie Oliver is no slouch either, despite his bad posture. Not only is he a successful entrepreneur, he also seems genuinely caring. Among other causes, Oliver has helped disadvantaged youths learn about the restaurant business and has lobbied against the crap foods served in most school cafeterias. The master chef is equally devoted to his own four ridiculously named children. But he can sometimes be a bit paternalistic, if you know what I mean. If you don’t, just watch the short video below. 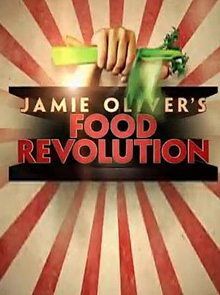 Oliver takes his Food Revolution to Huntington West Virginia, one of the fattest towns in the United States. There he enters the home of the family that he will soon rescue, meeting Stacie Edwards, her three sons, and daughter. Once the dad’s absence has been established—he is always on the road for work—Oliver is quick to take his patriarchal place and start doling out advice. After going over the weekly grocery bills [tut tut], Oliver and his obliging southern hostess remake all of the family’s meals for the week, piling food onto the dining room table to create a not-as-good-as-Ponderosa buffet. The camera savours a greasy golden mountain of fried doughnuts, bacon, eggs, toast with jam, corn dogs, and pizza. After marshalling this evidence, Oliver begins his sermon: “You need to know that this is going to kill your children early. We’re talking about 10, 13, 14 years off their life.” Despite expressing shame and regret throughout her entire encounter with Oliver, the former belle-of-the-ball finally breaks down, realizing that she is a murderess rather than a mother. In a subsequent voiceover, Oliver notes Stacie is not really a bad mother, “she just needs help and that’s what I’m there for.” The desperate family members then watch Oliver bury their deep frier in the backyard. What would the real dad do if he was actually at home? Probably kick your relatively unfat ass, Jamie! Unfortunately this violent end to the Food Revolution episode never materializes and we are left with Oliver turning the backyard into a landfill. Nice one.

Obviously the selected American family—was it paid for participating in the television show, or did Stacie volunteer?—is eating too much food in general, and too little fibre and vegetable matter. All the same, the way in which Oliver’s nutritional life lesson is delivered to the supposedly needy mother is not luvvly-jubbly. While watching the clip, I sympathized with the apologetic woman. We learn absolutely nothing about her other than that she is a homemaker, and then we watch that identity get stripped away. She is essentially good for nothing. Oliver sees only her poor judgment and dodgy cooking skills, ignoring the historical and cultural basis of her actions. By providing sustenance to her children in the only way she knows how, Stacie Edwards reinforces tradition and produces family bonding, giving her children food with which they are familiar and desire. No doubt their appreciation and consumption of this high-fat, high-carb fare is an instance of the “cruel optimism” described by Lauren Berlant: they find solace and identity in that which harms them. But Oliver makes the white working class southern woman seem both stupid and like some kind of monster. I, for one, did not enjoy watching that sexist, class based power dynamic unfold. 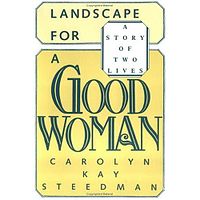 Plus, since when have Americans welcomed imperialism? Didn’t they chase the Brits out, or at least northwards into Upper Canada, New Brunswick, and Nova Scotia, during the late eighteenth century? Why would they allow Jamie Oliver to bring British nutritional policy and administrative principles back into the land of the free and the home of the brave? Just consider the reform movements that occurred in eighteenth- and nineteenth-century England, when governments became more concerned with managing the health–ie industrialized productivity—of citizens. During the eighteenth century, wealthy aristocrats advocated for parks, museums, and libraries as mechanisms for civilizing the otherwise ale-sodden lower classes. The nineteenth century heralded workplace reforms, rules about compulsory school attendance, free school meals for poor children, and regular school medical inspections. On one hand, this kind of surveillance may have helped the labouring classes to live better and longer lives. On the other hand, it made those lives, as well as bodies and homes, vulnerable to intervention. I highly recommend Carolyn Kay Steedman’s book, called Landscape for a Good Woman (1986), which I read while in graduate school. In it, the sociologist author recounts her working class upbringing in 1950s London, including tales of middle class home inspectors checking up to see if her single mother was doing a good job in terms of hygiene and childcare: she wasn’t. The purpose of monitoring “bad” mothers was to ensure that they would not produce shoddy goods in the form of children who would become idle, drunken, mentally ill, or criminals, all parasitically dependent on the state. Whether he knows it or not, Jamie Oliver reinforces these kinds of economically-minded policies when he encourages people to undertake self-regulatiing behaviour, and become “better” parents.

What would happen if a representative of the British government—and by extension the monarchy—showed up at the home of a typical Canadian family to scrutinize the fat in its refrigerators and on the bellies of its children? Well, things might unfold a little differently. We would likely play along, nodding politely. Then we would gather to talk behind Oliver’s back, plotting his overthrow, but would never actually get around to tossing him out on his arse. On a less passive-aggressive note, I suspect that if the truck driving Mr. Edwards had come home to find Jamie Oliver messing with hot oil in his kitchen, he would have run that limey off at gunpoint. That’s my version of a happy ending.

10 thoughts on “Jamie Oliver and the Administration of Fat”